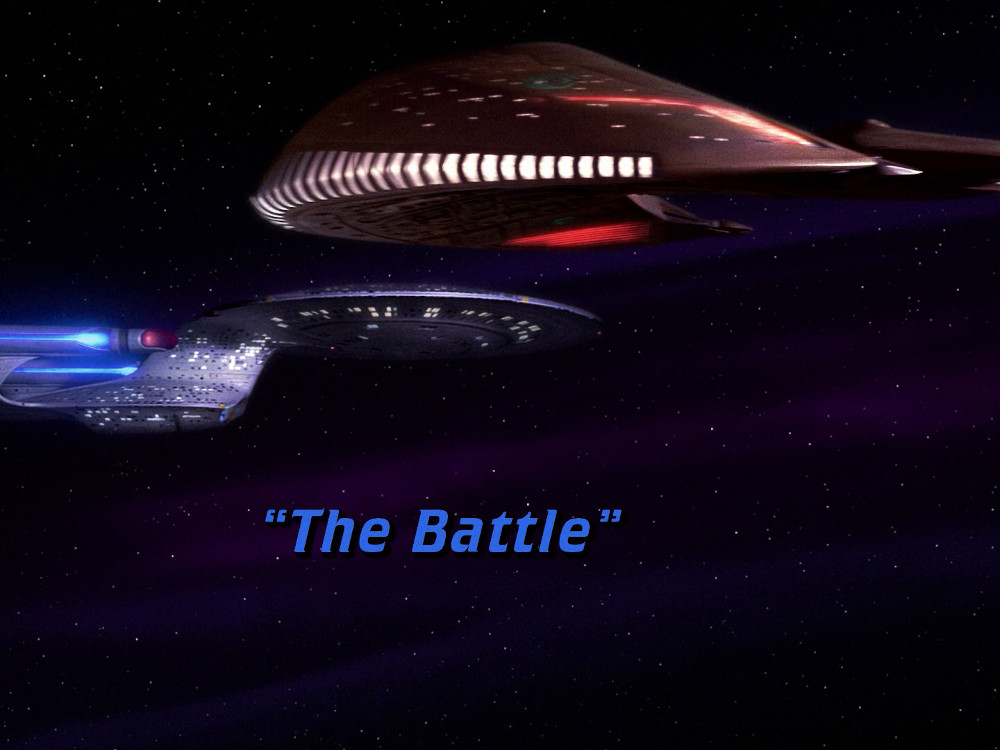 While waiting to meet the Ferengi, Captain Picard is amazed when his old ship, the Stargazer, turns up. But the unusual headache he's been having increases when DaiMon Bok welcomes him as the hero of the Battle of Maxia, the incident in which Picard had to abandon the Stargazer after it was attacked by an unidentified adversary.

To his own crew's amazement, Bok presents the derelict starship to Picard as a gift — very uncharacteristic for a Ferengi. But there's method in his madness: at Maxia, Bok's son was the other captain, who was killed after attacking the Stargazer, and Bok has altered the logs to show Picard firing first. As Riker, Data, and La Forge work to clear their captain, Wesley Crusher discovers that energy waves from the Stargazer match Picard's unusual brain scans. He has stumbled onto the other part of Bok's plan: a mind control device planted among Picard's old belongings.

Aboard the Stargazer, Picard relives the Battle of Maxia, and intends to use the acclaimed "Picard Maneuver" — with the Enterprise as the enemy ship. Data devises a defense for the tactic, and Riker breaks through to Picard, who destroys the Ferengi device. Before leaving, Bok is relieved of command, this unprofitable venture grounds for his being declared insane.