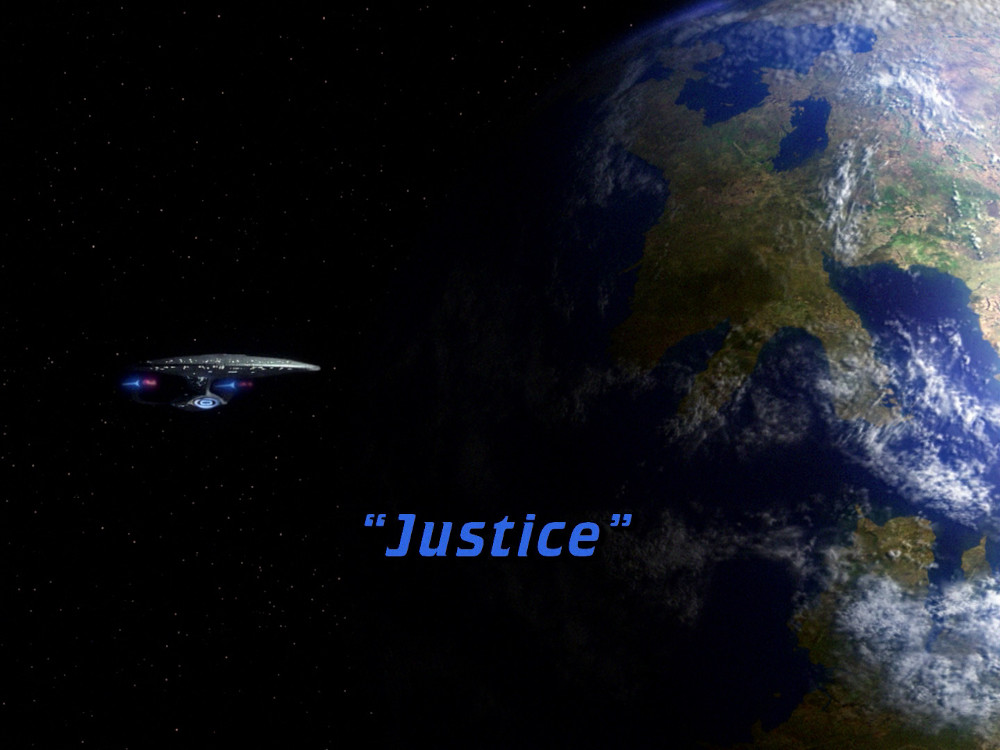 The pastoral planet Rubicun III beckons after the Enterprise delivers a party of colonists to the nearby Strnad system. The Edo and their ways of love and open pleasure make the planet seem like the perfect shore leave stop. But trouble looms in paradise after Wesley Crusher inadvertently chases a ball into one of the Edo's always-shifting forbidden zones, drawing the planet's simple punishment for every crime: death. Dr. Crusher is furious, but Captain Picard feels his hands are tied under the Prime Directive. The Edo are shocked that the visitors protest their law.

As the captain pleads for Wesley's life, a machine-like being begins to orbit the planet and sends a probe that interfaces with Data's positronic brain. Proclaiming itself the Edo god, the being demands that the Enterprise crew leave its "children" alone — and retrieve the Strnad colonists, as well. Picard confronts the Edo, prepared to take Wesley back by force. But when they try to beam back to the Enterprise, the transporter doesn't work: the Edo god is preventing them from beaming up. Picard argues that when laws are absolute, there can be no real justice. Apparently satisfied with the reasoning, the Edo god allows the Enterprise to go on their way.