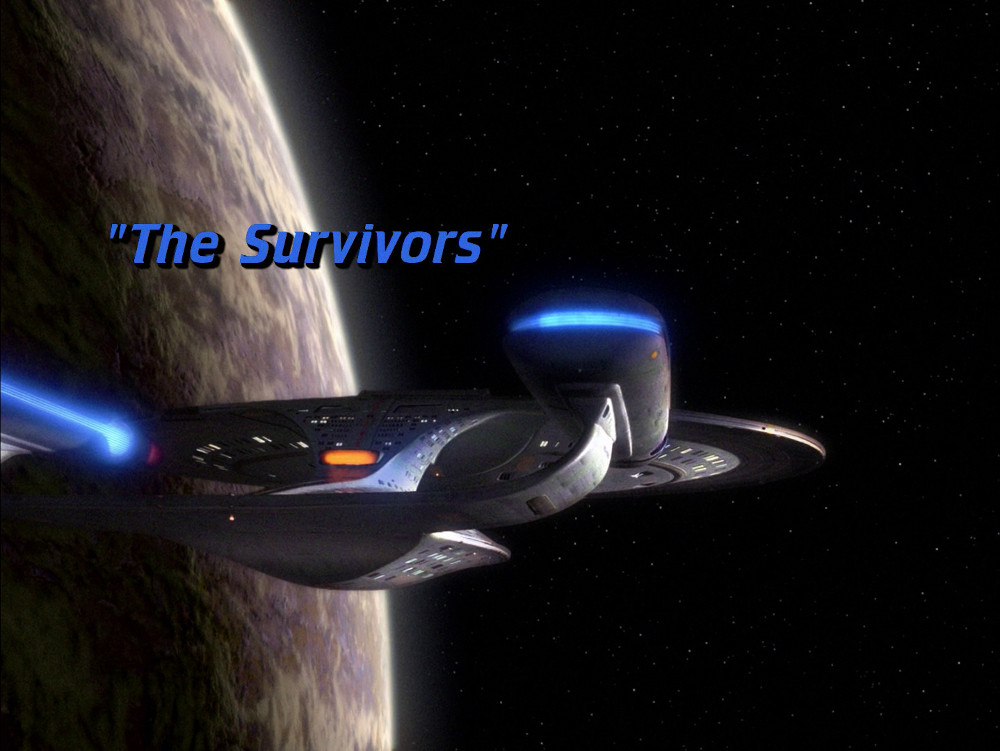 Answering a distress call from Delta Rana IV, the Enterprise arrives to find the planet ravaged and its 11,000 colonists dead — except for two elderly botanists: Rishon and Kevin Uxbridge. The couple says they don't know why they were spared, but they refuse to be evacuated. Then the massive ship that leveled the planet reappears, beginning a cat-and-mouse game with the Enterprise that leads Picard to suspect a connection between the heavily-armed ship and the Uxbridges. The aliens damage the Enterprise, then return to destroy the Uxbridges' home, but the Enterprise destroys the aliens first.

Picard has the couple beamed up to the bridge. There, Kevin finally reveals the truth: he is actually a Douwd, an immortal being disguised as a Human, but in all of the fifty-three years they've been married, he never revealed that fact to his wife. His credo against killing would not let him defend the planet against the aliens, a warrior race known as the Husnock, and his wife was actually killed in the attack; the Rishon that the crew met was just an image created by Kevin. Her death enraged him, who used the powers that he had always denied himself without thinking, instantly killing all fifty billion Husnock in an instant. Stunned at Kevin's crime and sobered by his shame, Picard knows there is no court that could try Kevin, and he leaves the Douwd to his own thoughts and conscience — alone.