Who Watches the Watchers? (Episode)

Who Watches the Watchers? 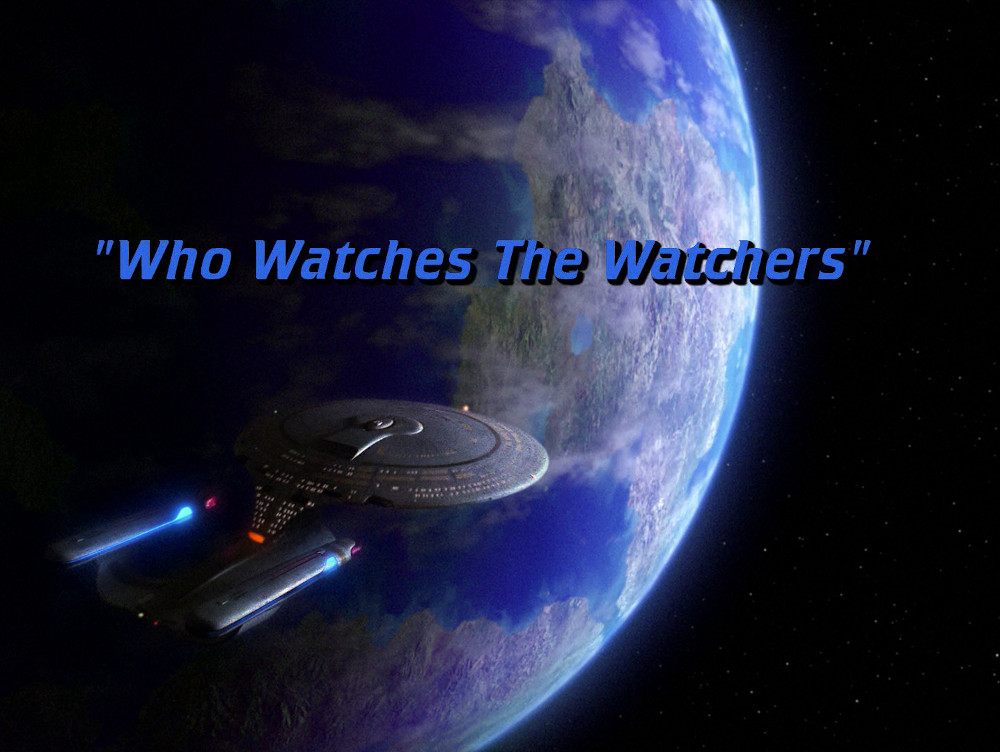 Stardate 43173.5: Aliens believe that Picard is their god

A failing reactor at a hidden cultural observers' post on Mintaka III draws the Enterprise to that world to render assistance. Before the ship arrives, however, the reactor explodes, injuring three scientists and causing their "duck blind" holographic screen to fail. An away team is sent to the planet. They successfully rescue two of the scientists, but cannot find the third, a man named Palmer. One of the natives, Liko, witnesses the landing party's beam-up and is critically injured. Dr. Crusher beams him aboard to save his life, violating the Prime Directive and angering Captain Picard. She tries to wipe his memory of the event, but it fails to take, and he begins to tell the other Mintakans that the old religions that they gave up ages ago were true after all, and their "Overseer" is a god called "the Picard."

Riker and Troi beam down, disguised as Mintakans, to find Palmer, but when the Mintakans find the missing scientist first, even their leader, Nuria, begins to believe Liko's story. Riker escapes with Palmer, but Troi is trapped and kept as a possible sacrifice. Liko now desperately wants "the Picard" to bring his dead wife back to life. Risking further contamination, Picard brings Nuria aboard to prove to her that he is mortal, a tactic that nearly fails until she sees that he cannot save one of the scientists from dying.

Meanwhile, lightning storms prompt a hysterical Liko into almost sacrificing Troi before Picard arrives. Liko, disbelieving Picard's claims of mortality, shoots the captain with an arrow, drawing blood. Although the Mintakans are now aware of the outworlders, Picard leaves them with the knowledge that the rational path is the one they should follow — and the "duck blind" is dismantled.