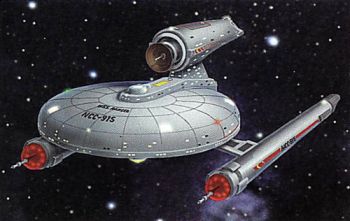 The Federation Starship Carolina, a Ranger class starship, was on detatched duty patrolling the Romulan Neutral Zone[1] from 2267 through 2269.[2] On Stardate 3497, the Carolina supposedly sent out a distress signal to the U.S.S. Enterprise NCC-1701. The transmission turned out to be a hoax, a Klingon attempt to prevent the Enterprise from returning to Capella IV.[3]