Where No One Has Gone Before (Episode)

Where No One Has Gone Before 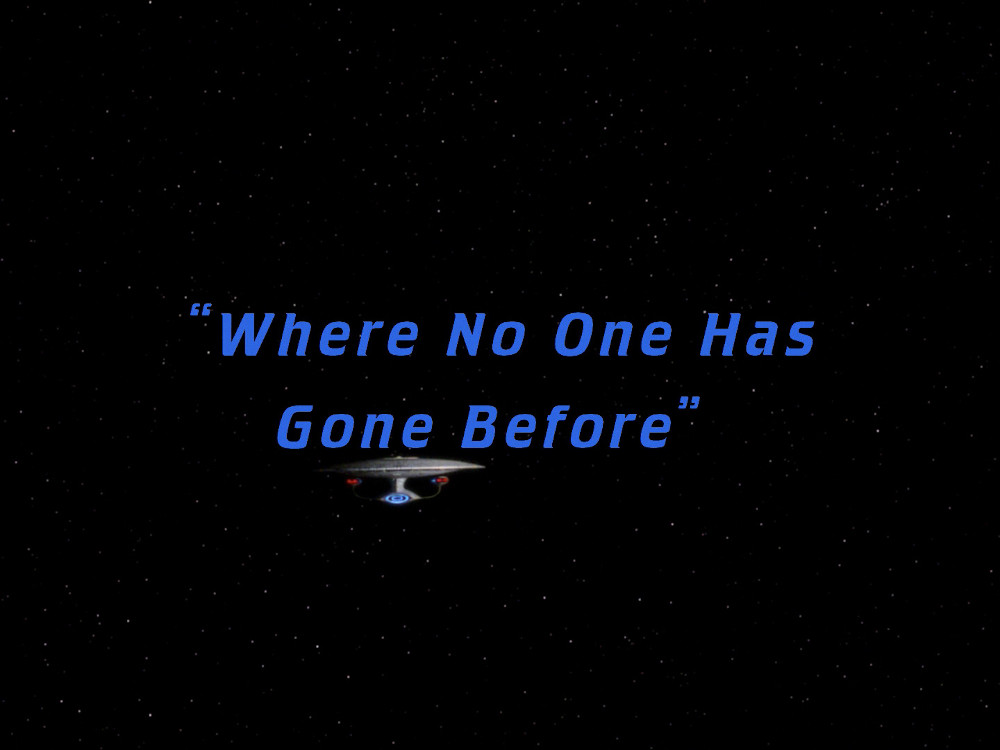 Stardate 41263.1: The Enterprise is transported to a dimension where thought becomes reality.

The warp theories of the supposedly brilliant Starfleet consultant Kosinski go awry when the Enterprise is plunged first into a neighboring galaxy, and then into a dimension where the physical and mental worlds converge. The trouble turns out not to be with Kosinski's theories, but with his mysterious assistant, whose race can travel through time and space, and across dimensions. The strain of propelling the ship has pushed the so-called Traveler near death, threatening to strand the ship in a place where the briefest whims can become terrifyingly real.

Finally, it is discovered that Wesley Crusher's friendship has a curative effect on the Traveler; he strengthens the alien just enough to get the ship home. Before he does so, though, the Traveler secretly advises Captain Picard of Crusher's prodigious abilities and urges him to not let them go undeveloped. With a proud mother standing by, Picard promotes Crusher to acting ensign, and his preparatory training for Starfleet Academy begins.