From Trekipedia
Jump to: navigation, search
Star Trek: The Next GenerationThe Naked Now
Encounter at Farpoint 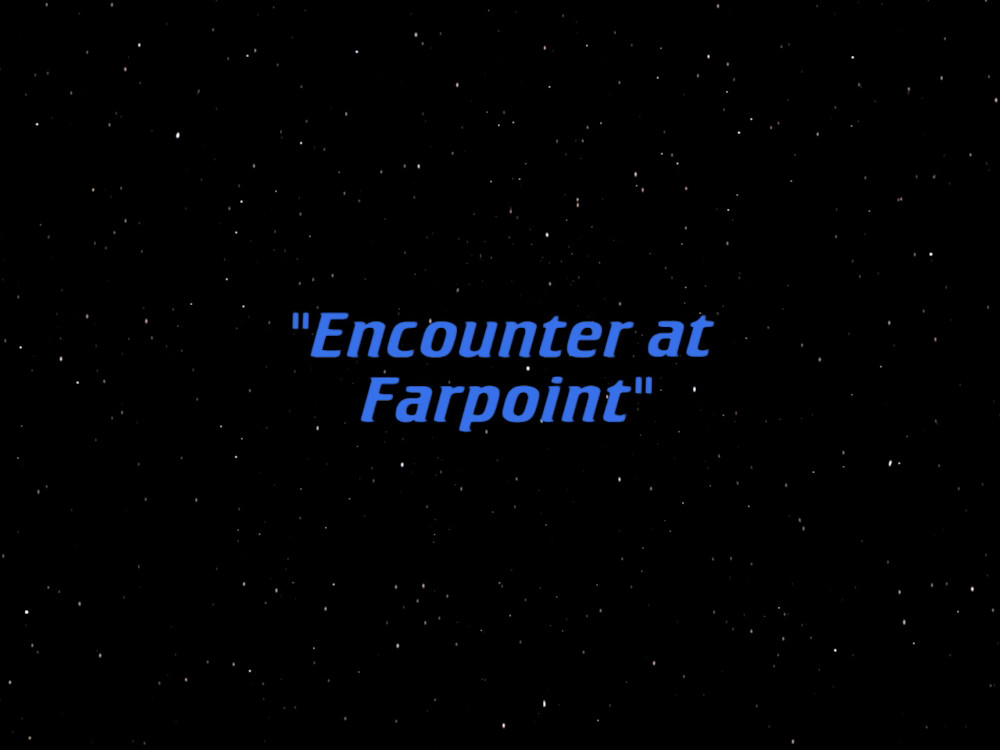 Stardate 41153.7: The new Enterprise and its crew set out "to boldly go where no one has gone before."

The U.S.S. Enterprise NCC-1701-D, a new Galaxy class starship, is launched with veteran Captain Jean-Luc Picard in command. The ship is intercepted en route to Deneb IV, on the rim of explored space, by a being claiming to be part of an all-knowing race called the Q Continuum. This Q, who considers humanity too barbarous to expand further, sentences the crew to death in a primitive court from Earth's Post-Atomic Horror. Picard is able to save their lives only by offering to prove humanity's worth during his ship's upcoming mission to Farpoint Station.

While picking up new crew members from Deneb IV, they must figure out how the low-technology Bandi could have built the new Farpoint Station, which they've offered to the Federation for use as a base. They can find no explanation for the Bandi's mysterious new technology, until a vast alien ship appears and opens fire on the old Bandi city nearby. Q tries to goad Picard into firing on the newcomer, but the Enterprise away team finds instead that the attack is actually a sentient life form trying to free its mate from the Bandi: Farpoint Station is revealed to be this enslaved creature. As the aliens leave Deneb IV, a disappointed Q vows that he'll be back to test humanity once again.