From Trekipedia
Jump to: navigation, search
We'll Always Have ParisStar Trek: The Next GenerationThe Neutral Zone 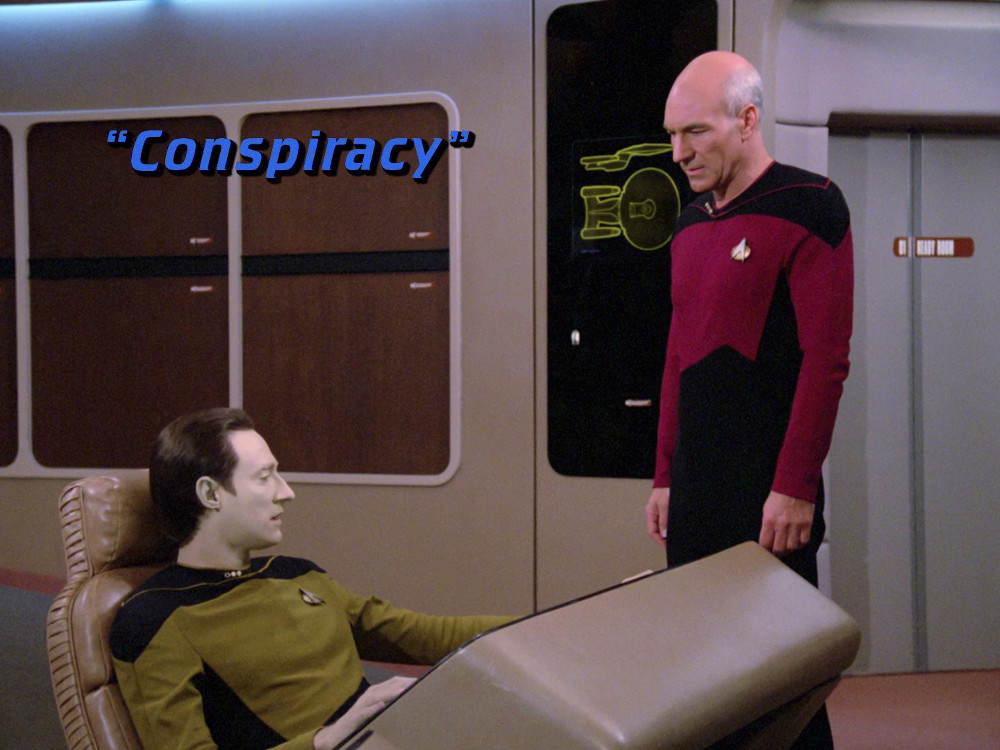 Picard is disturbed when his old friend, Walker Keel, summons him to a secret meeting with two other captains on a deserted planetoid, but he warily agrees. The subject? The trio's suspicion, much like that of Admiral Quinn on Relva VII, that a conspiracy is spreading within Starfleet. Picard is skeptical, until Keel's ship explodes and Data finds a disturbing pattern among command orders. Picard makes a decision to take the Enterprise back to Earth, where he will return to Starfleet Command and check on his suspicions firsthand.

Three top admirals — Savar, Aaron, and Quinn — greet the ship with surprise and invite Picard and Riker down for dinner to discuss their concerns, but something still feels amiss. Then the crew discovers that Quinn, aboard the Enterprise for a visit, is being controlled by a small, intelligent parasite, which can be detected by a quill-like protrusion from the host's neck. Picard walks into a trap set by the other admirals and Remmick, Quinn's former aide, but Riker, fitted with a fake quill, helps Picard to foil the ambush. Soon the admirals are dead, along with Remmick, who was host to the mother creature. Quinn, in custody aboard the Enterprise, is saved, but the aliens' origin and purpose remain a mystery.