Lonely Among Us (Episode) 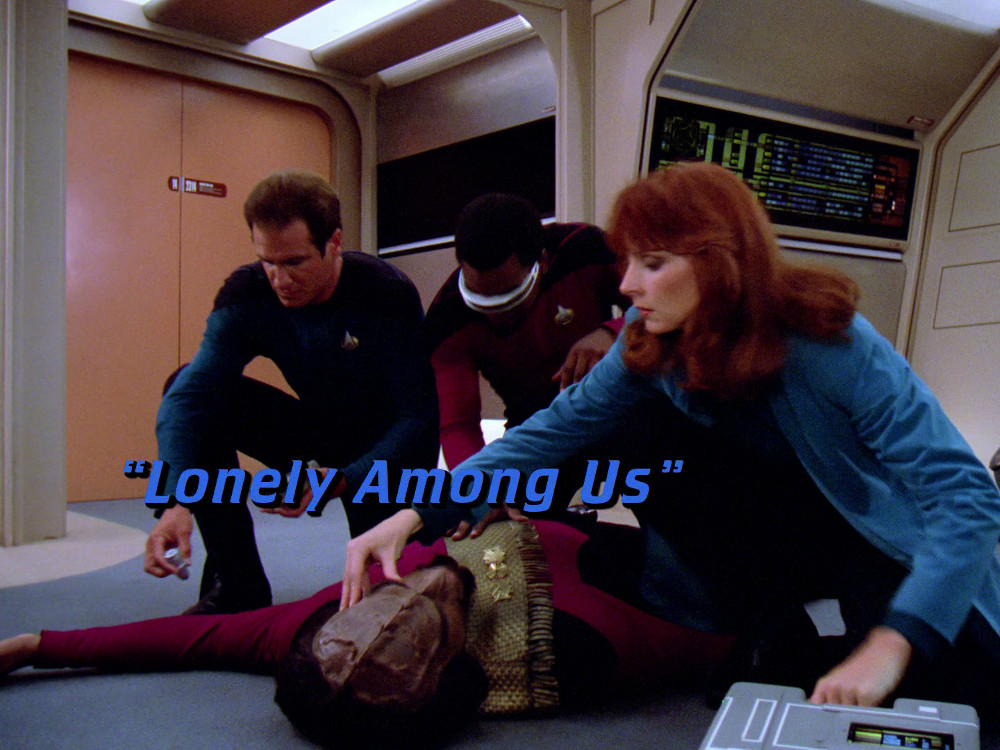 The Enterprise is tasked with transporting delegates from two neighboring planets to Parliament, a Federation diplomatic outpost. The reptilian Selay and the canoid Anticans are extremely hostile to one another, to the point of hunting, killing and eating their opposite numbers. En route to Parliament, the ship passes through a strange energy cloud, and puzzling malfunctions begin to occur, and Worf and Dr. Crusher begin to show bizarre personality shifts.

After an assistant engineer is murdered while inspecting the malfunctions, Data adopts the methods of Sherlock Holmes. But Counselor Troi's hypnosis of Dr. Crusher and Worf reveals that they have accidentally taken aboard a life form, which is now looking for a host body to return it to the energy cloud. The crew is shocked when it chooses Captain Picard as its host. After apologizing for the damage that it caused, the alien has Picard resign his commission and divert the ship back to the cloud, then beam out as pure energy. Just as Commander Riker is about to assume command of the stunned ship, Troi senses that the union did not work. Using the transporter, Picard rematerializes in his Human form.