From Trekipedia
Jump to navigation Jump to search
Rigel class 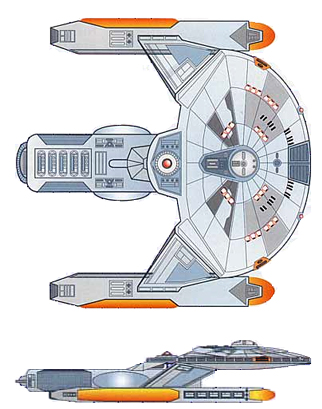 The Rigel class was originally designed to specifications outlined in the Coreward Exploratory Directive of 2321, which was largely responsible for the mid-century expansion of the United Federation of Planets along its coreward border between the Alpha and Beta quadrants; Rigel class scouts were often at the forefront of the contacts and discoveries made in the region.[1]

Due to their long-range capabilities and self-sufficiency, Rigel class scouts became a staple of the Federation Merchant Marine refit program. While the Merchant Marine also built its own mission-specific vessels and transports, the refit program mandated the refit—and in some cases redesign—of older Starfleet models that would otherwise be relegated to orbital salvage yards. The versatility of the Rigel class as deep space transports, as well as their proven exploratory capabilities, allowed them to assume primary roles in the Merchant Marine fleet.[1]