Also known as the Prime Directive, it prohibits interfering in the development of other civilizations.[1]

General Order 5 prohibited the killing of native animal species when it was possible to avoid or stun them.[2] 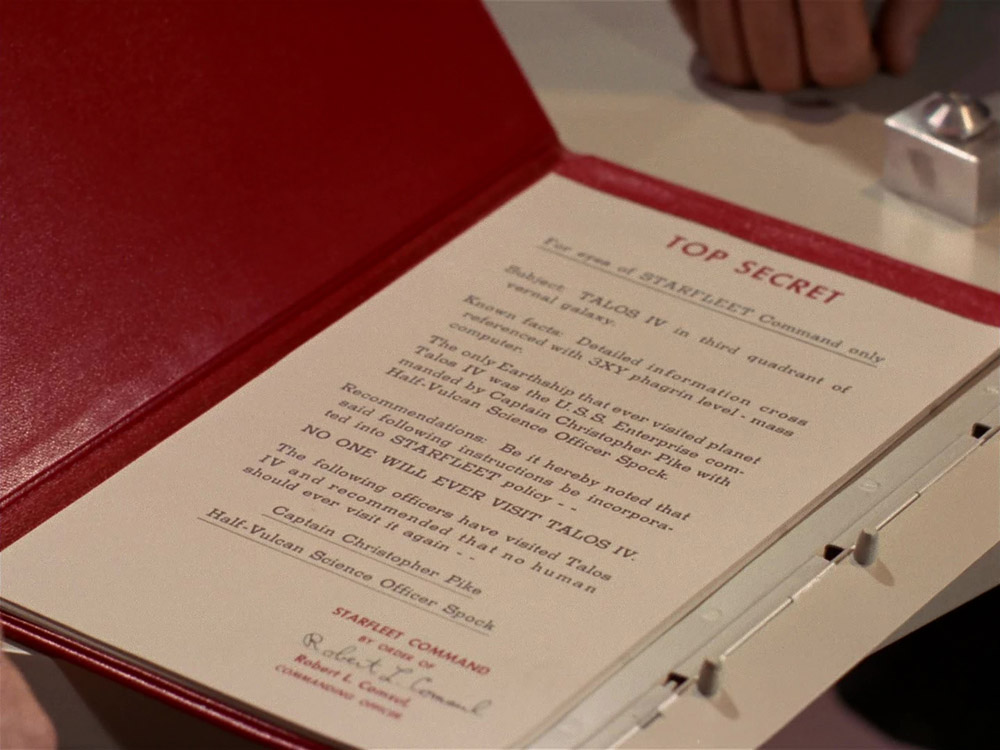 In 2267, General Order 7 was the only death penalty left on the books in the Federation. Captain Kirk quoted the rule as: "No vessel under any condition, emergency or otherwise, is to visit Talos IV."[3]

General Order 12 required adequate precautions be taken when approached by a spacecraft with which contact has not been made.[4]

According to Lieutenant Saavik in 2285, General Order 15 required that "no flag officer shall beam into a hazardous area without armed escort." Admiral Kirk, however, stated that no such regulation existed.[4]

General Order 24 was a command to destroy the surface of a planet. Captain James T. Kirk threatened to invoke General Order 24 on Eminiar VII in 2267, in an effort to force the planet's leadership to enter into peace talks with the leaders from the neighboring planet Vendikar.[5]