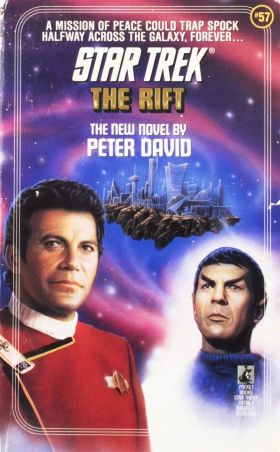 Stardate Unknown: A mission of peace could trap Spock halfway across the galaxy, forever...

Every thirty-three years, a rift in space connects the Federation with a mysterious race called the Calligar who live on a planet hundreds of light years away—much too far to travel in a starship. Captain Kirk and the U.S.S. Enterprise are dispatched to transport a Federation delegation of diplomats, scholars, and scientists who will travel to Calligar directly during the brief period of time that the rift will be open.

Mr. Spock leads the Federation party as they travel by shuttle through the rift just as a group of aliens arrive in Federation space. The meetings go smoothly until the Calligar take Spock’s party hostage and Kirk discovers that the aliens are keeping a deadly secret. With angry Tellarite and Andorian fleets ready to attack the Calligar, Kirk must save Spock and the others before war breaks out and the rift closes for another thirty-three years.