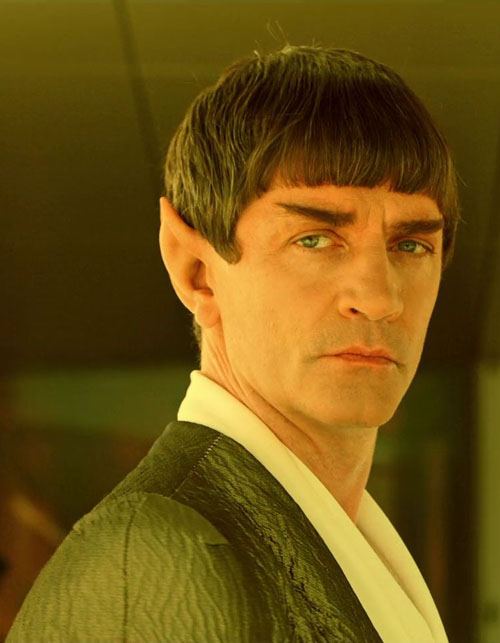 The Vulcans were members of the United Federation of Planets[1] and were dedicated to a philosophy of total logic.[2] Though humanoid, Vulcans could be distinguished by their pointed ears and upswept eyebrows.[1] Vulcans' blood was green, and their blood pressure was "practically nonexistent" with a typical pulse of 242 beats per minute.[3] A Vulcan's heart was located in the lower left of their chest, near the bottom of the rib cage.[4]

Vulcans possessed limited telepathic abilities, and were able to perform a mind meld, which would link their mind with that of another person.[5]