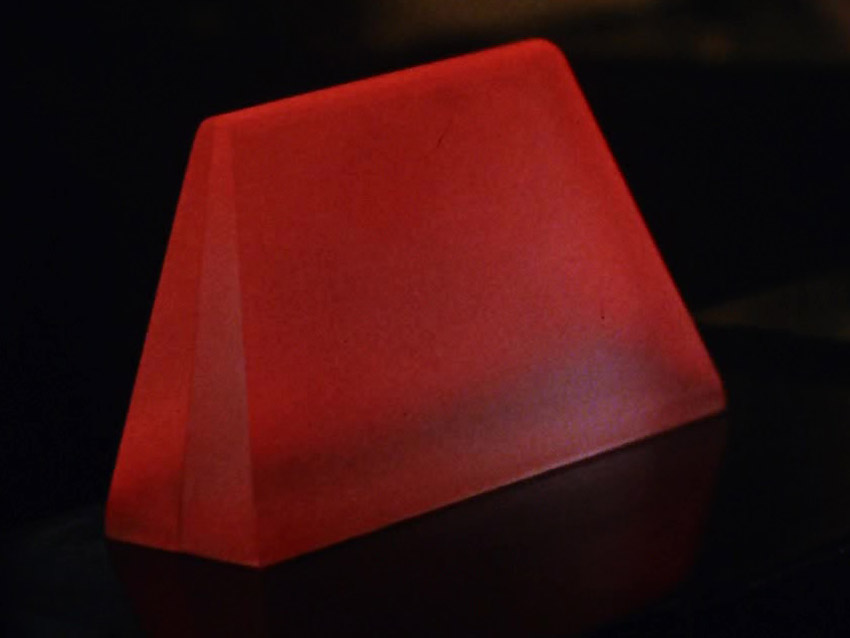 Old-style distress signals—such as those in use aboard the S.S. Columbia when it disappeared in 2236—were designed to interfere with systems and attract the attention of a ship's crew. When the U.S.S. Enterprise NCC-1701 intercepted an old-style signal in 2254, collision warnings and the red alert klaxon were activated in response.[1] When the Enterprise was confronted by the First Federation Starship Fesarius during a tense First Contact on Stardate 1514.1, a small pilot vessel from the larger ship was disabled and sent out a weak distress signal.[2] When Harry Mudd fled into an asteroid field to escape pursuit by the Enterprise on Stardate 1329.1, he sent out a distress signal when his ship's power began to fail and was in danger of being destroyed.[3]