From Trekipedia
Jump to: navigation, search
Prev: "Where No Man Has Gone Before"
Star Trek, Season 1, Episode 2
Next: "Mudd's Women"
The Corbomite Maneuver 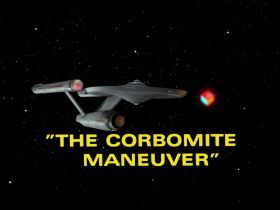 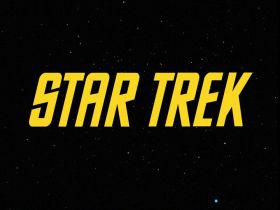 Stardate 1512.2: Kirk bluffs his way past what appears to be a powerful alien.

While exploring an uncharted area of space, the Enterprise is confronted by an alien buoy, which is emitting dangerous radiation. Soon after Captain Kirk orders the destruction of the buoy, a gigantic ship, the Fesarius, traps the Enterprise, promising to destroy the Starfleet vessel. Kirk stages a desperate bluff. He tells the alien commander, Balok, that the Enterprise is equipped with corbomite, which would destroy any attacker. The countdown is halted. When the Fesarius seems to be in distress, Kirk comes to the rescue. The Balok seen on screen is revealed to be a puppet, part of a series of tests the real Balok has been running to learn if Kirk and crew are truly peaceful. Diplomatic relations are established, and Lieutenant Bailey volunteers to remain aboard the Fesarius.