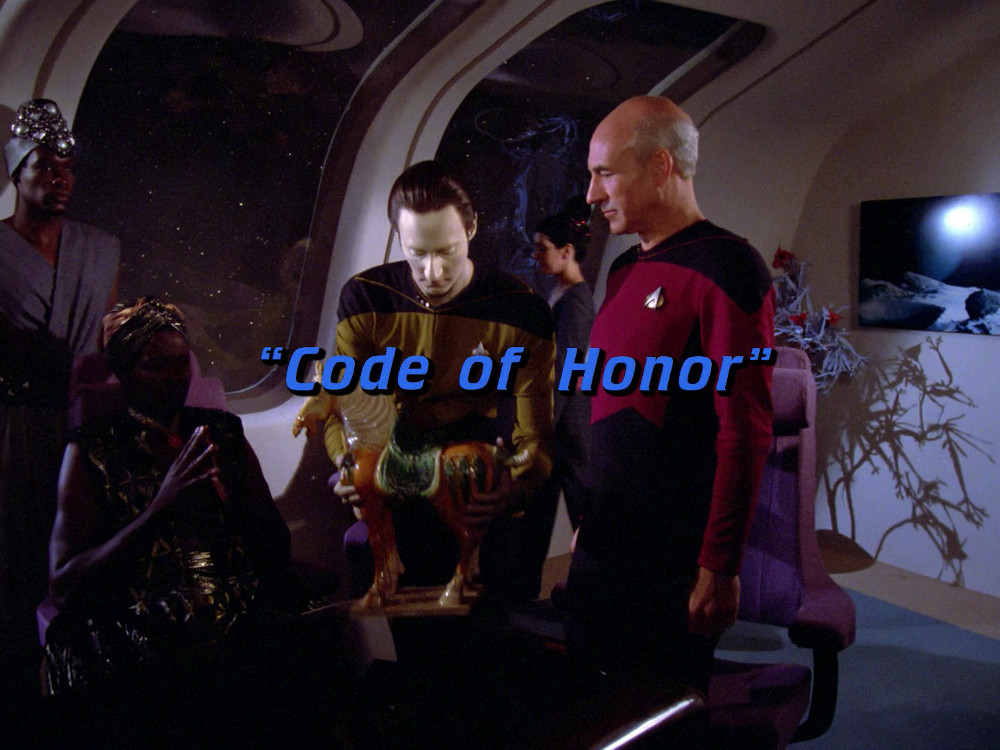 Stardate 41235.25: Lieutenant Yar is kidnapped while negotiating for a vaccine

A plague on Styris IV sends the Enterprise to the only known source for the vaccine: Ligon II. Negotiations go smoothly until the planet's head of state, Lutan, suddenly kidnaps Lieutenant Yar after being impressed by both her beauty and her strength. To get her back, Captain Picard must abide by the Prime Directive and the Ligonians' own code of honor — and Yar must battle Lutan's "First One," Yareena, who feels that her own honor has been challenged, in a fight to the death.

Picard exhausts every diplomatic option before he is left with no recourse but to allow the combat to go forward. When Yar scores a hit with a poison-tipped glavin, she and Yareena are beamed aboard the Enterprise, where Dr. Crusher administers an antidote to the poison.

Honor is served, Yar is released, and Yareena's "death" satisfies Ligonian tradition. Yareena, however, claims Lutan's lieutenant, Hagon, as her new husband, and transfers her land and property rights to him, effectively dethroning Lutan. Lutan takes the turn of events in stride, and insists that the Ligonian system is more civilized than that of the Federation. Vaccine in hand, the Enterprise leaves for Styris IV.