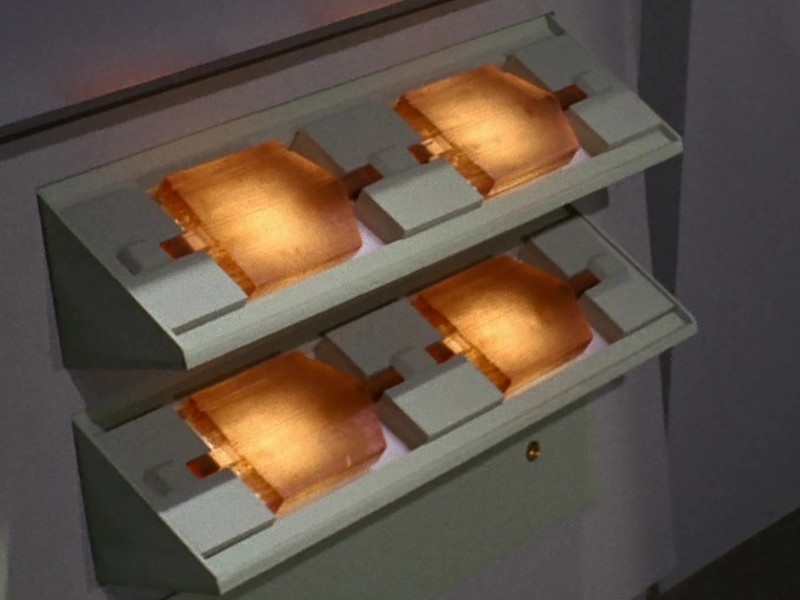 Dilithium crystals were the primary power source of starships, such as the U.S.S. Enterprise NCC-1701.[1] Automated stations were used to "crack" dilithium; one such station was located on Delta Vega.[2] When the Enterprise's dilithium crystals were damaged in an encounter with the Galactic Barrier on Stardate 1312.4, Captain Kirk used the automated station there to repair his ship.[3]

When the dilithium[2] crystals aboard the Enterprise were burned out while rescuing Harry Mudd when his ship was destroyed in an asteroid field on Stardate 1329.1, Captain Kirk was forced to negotiate for replacement crystals with a group of miners on Rigel XII, negotiations that were complicated by interference from Mudd.[4] On Stardate 3087.6, while the Enterprise was investigating moments of galaxy-wide "nonexistence," which Starfleet Command believed to be a potential prelude to invasion from an alternate universe, a being known as Lazarus and his extradimensional counterpart stole the ship's dilithium crystals, one in a bid to destroy his counterpart, the other to attempt to seal the rift between the dimensions.[1]