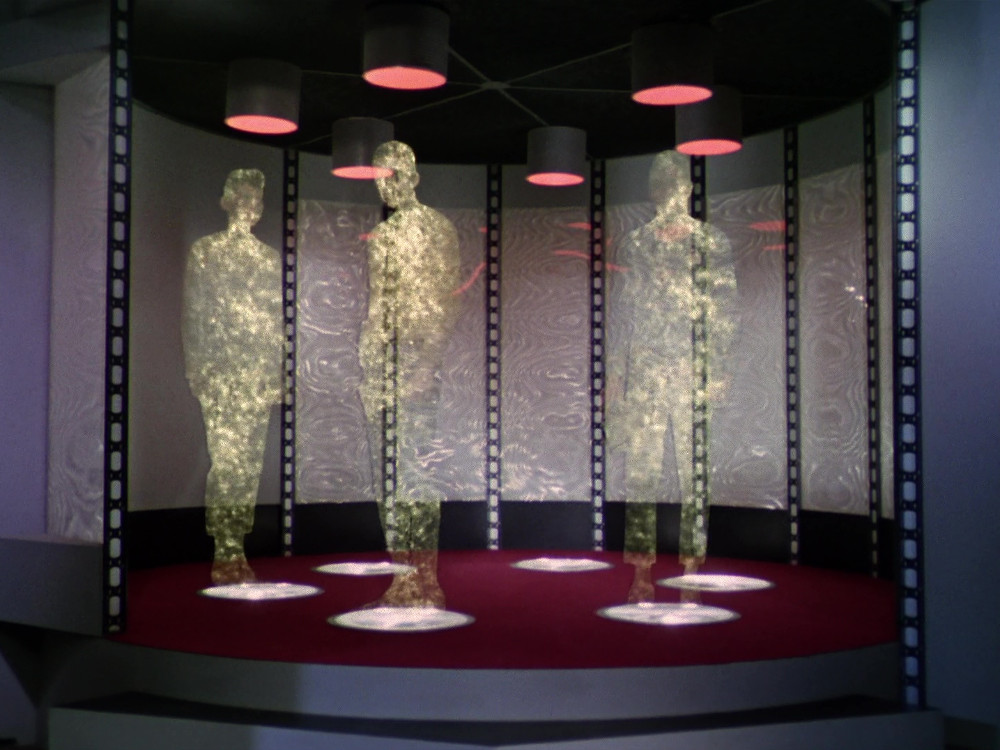 Transporter in use (TOS 05)

The transporter, sometimes called a "materializer,"[1] was a device that allowed near-instantaneous travel from one point to another.[2] On Stardate 1329.8, Doctor McCoy admitted that he "never trusted" the device.[3]

During the Battle of the Binary Stars, the U.S.S. Shenzhou NCC-1227 was unable to fire weapons, but used the transporter to beam the warhead of a photon torpedo into the body of a Klingon corpse before it was retrieved and brought aboard the Sarcophagus ship, where it detonated, crippling the Klingon vessel.[5]

On Stardate 3113.2, the Enterprise accidentally traveled back in time to 1967. While returning, they discovered that it was possible to beam a person into the body of their past self, merging the two into a single being.[6] By the 29th century, this was a common practice used by the Temporal Integrity Commission, and was referred to as "reintegration."[7]