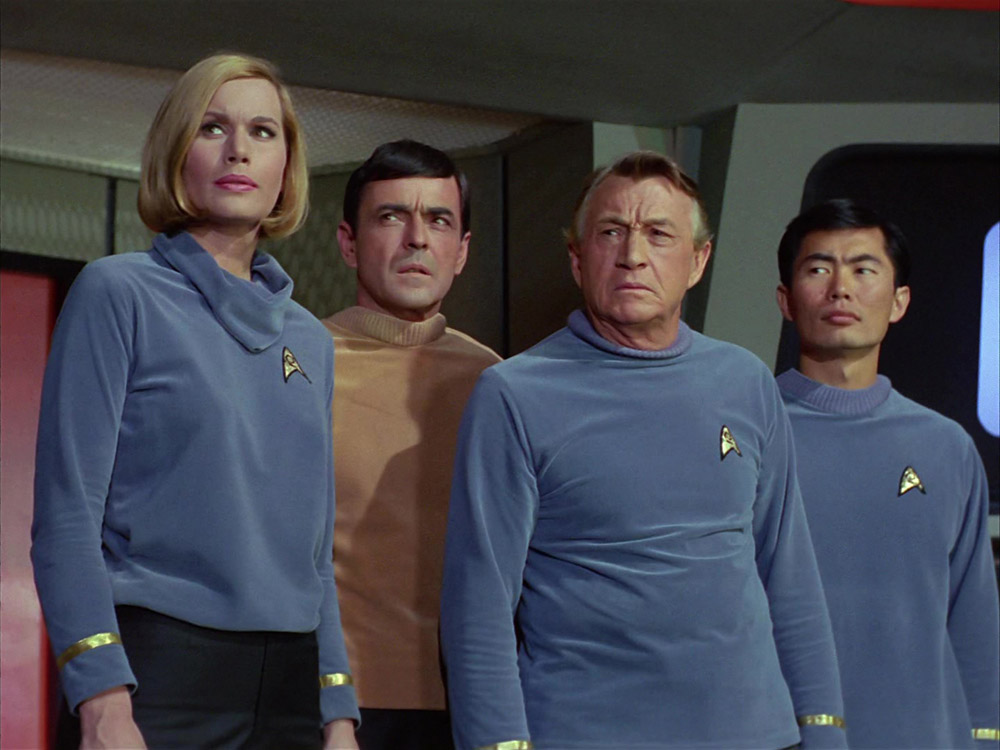 In 2254, the crew of the U.S.S. Enterprise NCC-1701 wore pullover tunics in one of three division colors (yellow with gold insignia for command division, blue with silver insignia for sciences division, and tan with bronze insignia for operations division), black pants, and black leather boots. Women's uniforms were largely identical, save for a more pronounced collar on the tunic. Officers wore a single braid in the appropriate color on the cuffs of their tunic, while junior enlisted personnel had bare sleeves, and non-commissioned officers wore a broken braid. Landing parties had an optional overcoat for inclement weather. Crew also had coverall uniforms available in their division colors for use when their duties required a more utilitarian uniform.[1] This style of uniform remained in service until 2266,[2][3] though some personnel continued to wear the uniform in a transitional period during that year.[4][5]