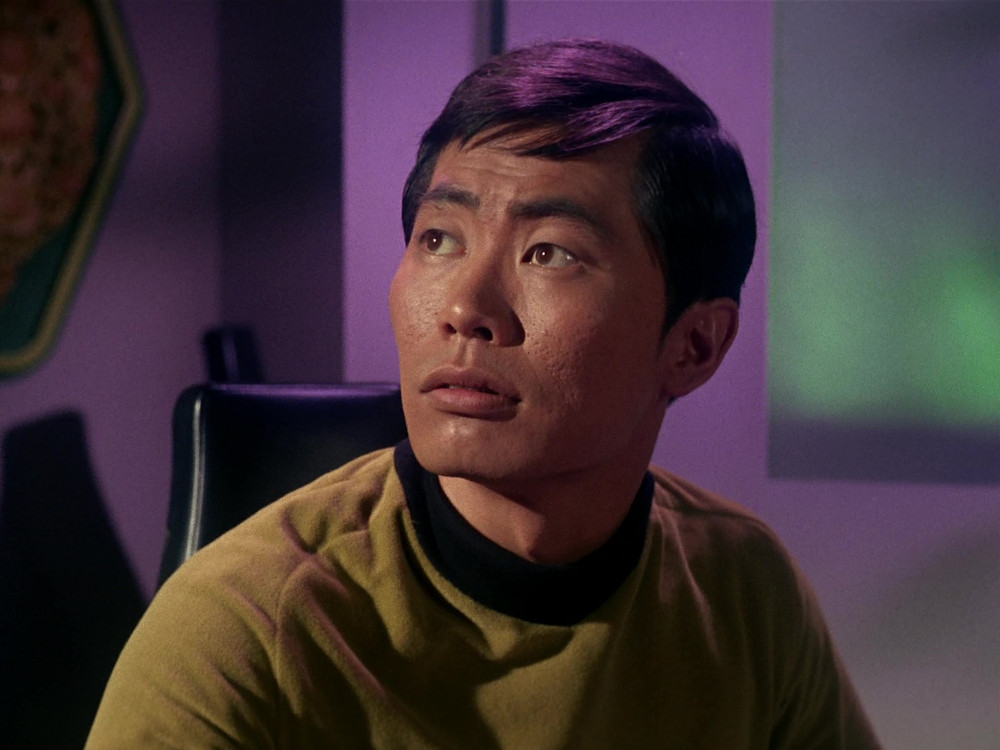 In 2266, Lieutenant[1] Hikaru[2] Sulu served as a physicist in the Sciences division aboard the U.S.S. Enterprise NCC-1701.[1] By Stardate 1512.1, Sulu had taken over as helmsman, following the death of Lee Kelso on a previous mission.[3] On Stardate 1672.1, Sulu was part of a landing party trapped on planet Alfa 177 when the Enterprise transporter suffered a severe malfunction. He and the others suffered from exposure and frostbite when the surface temperatures dipped as low as -116°F, but had no long-term effects from the incident.[4]