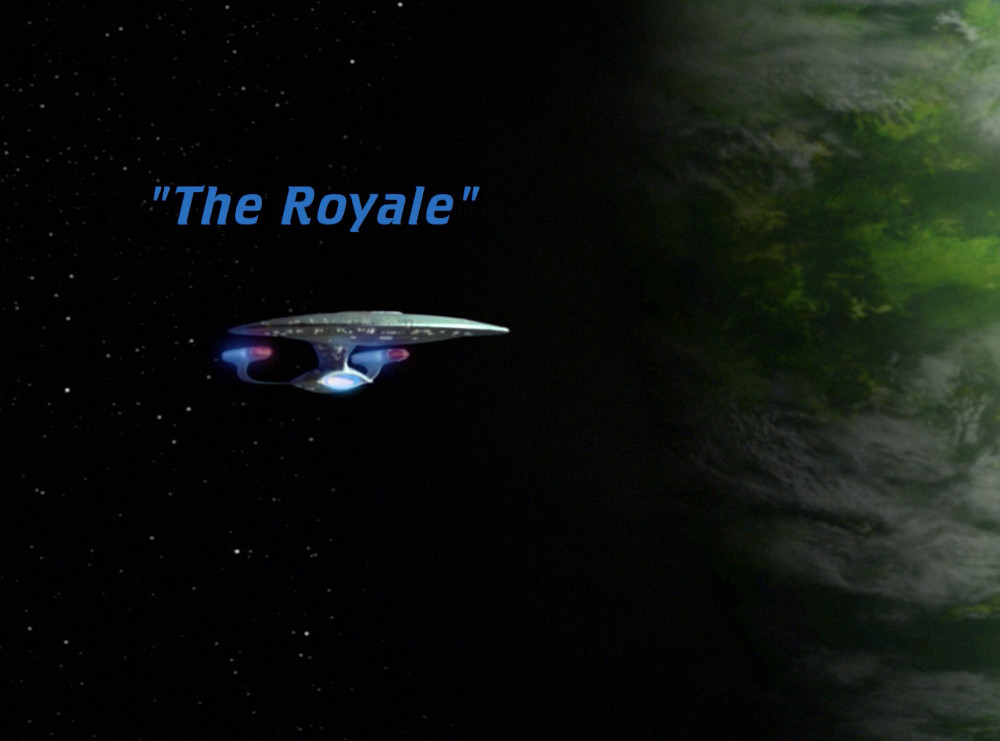 Puzzled by the recovery of a chunk of debris from a twenty-first-century Earth spacecraft, Worf, Data, and Riker beam down into the middle of the lone structure they find on the nearest uninhabited planet. After passing through a revolving door set in an otherwise black void, they cannot escape from what appears to be a resort casino named the Hotel Royale. Bizarre scenes now unfold before them: a clichéd love triangle, gamblers who invite the Starfleet officers to join them, and finally the discovery of the remains of a twenty-first-century American astronaut in a hotel suite.

There, Data also finds a book titled The Hotel Royale, and the pieces of the mystery begin to fall into place. By reading the astronaut's diary, the away team learns taht aliens found his disabled ship and created a world in which he could live out his life. Unfortunately, they used the badly-written pulp mystery novel as their model. As the love triangle resolves itself yet again with a mobster gunning down a bellboy, the trapped away team finds a way to escape the hotel. Using the novel's ending, in which foreign investors buy the Royale, Data returns to the craps tables and breaks the bank, angering the casino characters, but allowing the away team to exit for beam-up.