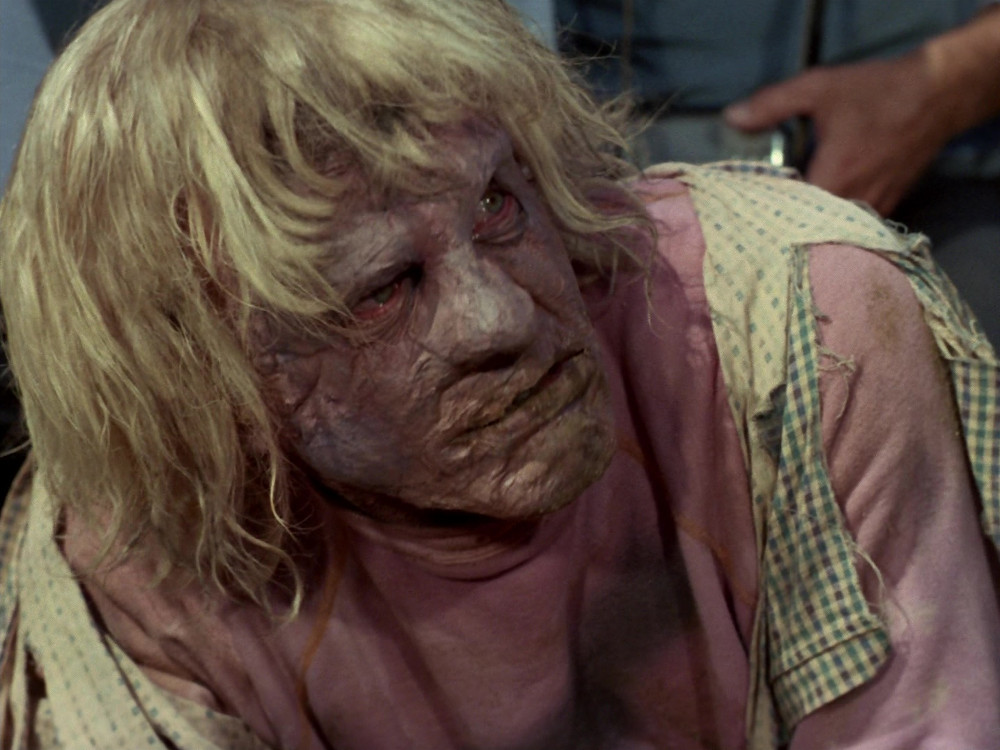 This unnamed boy[1] was born c.1953 on FGC-347601 III, a duplicate of Earth located hundreds of light years from the Sol system. After the failed Life Prolongation Project resulted in the deaths of the planet's entire adult population, he was one of the children left behind, slightly older than some of the other children like Miri. His lifespan was massively extended by the virus, causing him to live for centuries. In 2267, his body finally entered puberty, and the physiological changes caused the virus to begin to ravage his body, accelerating his aging where it once slowed it to a crawl. His skin was covered in cancerous tissue growth, and he was driven mad by the disease. He attacked Dr. McCoy, who was examining a broken tricycle that had been discarded in the street, repeatedly screaming, "Mine! Mine!" The boy's final words were a request for someone to fix the broken tricycle before he succumbed to the disease.[2]