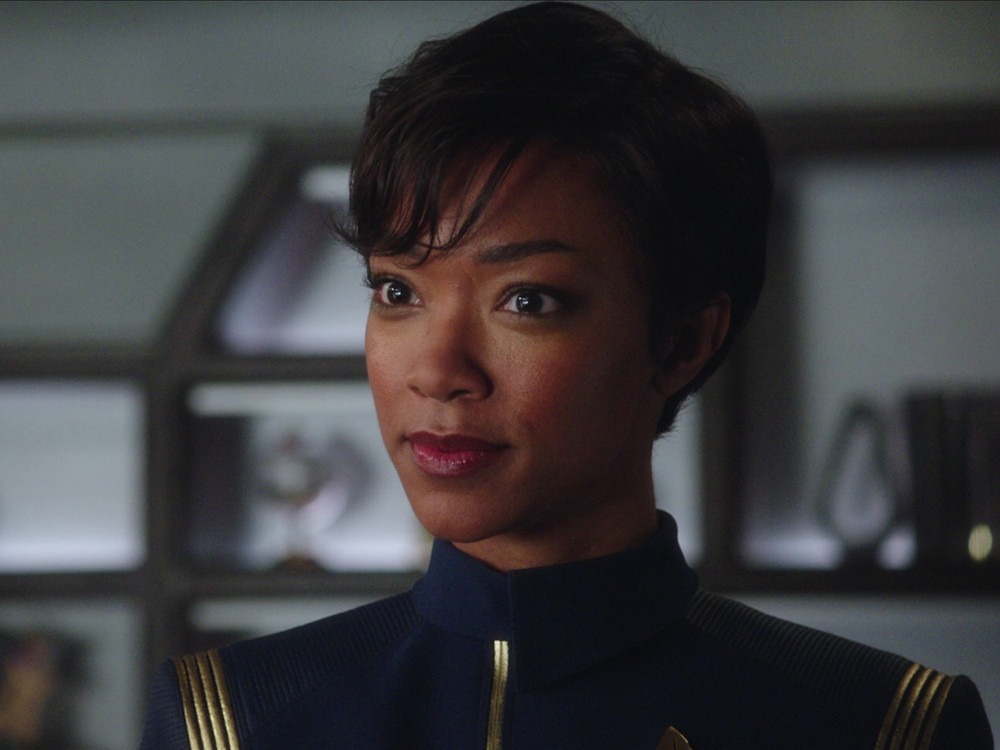 Michael Burnham was a Human raised on Vulcan. After a Klingon attack on Doctari Alpha left her orphaned, Burnham was taken in by Ambassador Sarek and his wife, Amanda Grayson, and raised as their foster daughter.[1] Her presence on Vulcan was not without controversy, and a radical group of Logic Extremists, who held a xenophobic view of Vulcan culture, bombed the Learning Center in Shikahr where Burnham was being educated. The attack succeeded in killing her, albeit temporarily, as she was revived by Sarek, who used a dangerous mind meld technique to graft a part of his katra onto hers, forging a permanent telepathic bond between the pair.[2]

On Stardate 1207.3, Burnham was a Starfleet Commander, and first officer of the U.S.S. Shenzhou NCC-1227;[1] the ship was present at the Battle of the Binary Stars, the opening battle of the Federation-Klingon War of 2256-2257. Desperate to find a way to prevent a war, Burnham mutinied against her captain, Philippa Georgiou, in the belief that a pre-emptive strike against the Klingons would earn their respect.[2] Little did Burnham realize, the war was all but inevitable, with the self-appointed Klingon messiah, T'Kuvma, intending to start a war to reunite the Klingon Great Houses against a common foe.[1] Burnham's actions ultimately led to the death of her captain and several of her crewmates, the loss of her ship, and the war that she had hoped to avoid. She was court-martialed, stripped of her rank, and sentenced to life imprisonment,[2] and in the eyes of many bore the brunt of the blame for the war that now threatened the entire Federation.[3]