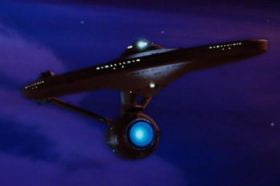 In 2293, the Federation Starship Ahwahnee, a Constitution class cruiser,[1] was on a deep space exploration mission.[2] Named for the Native American nation.[3]