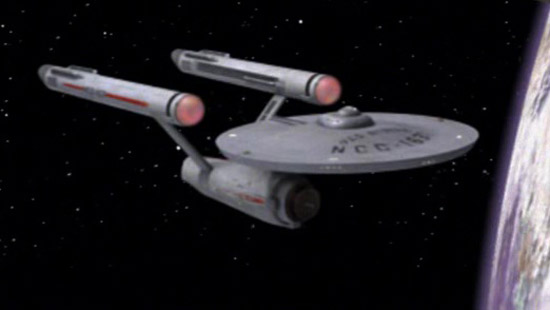 The Federation Starship Intrepid, a Constitution class cruiser,[2] was crewed entirely by Vulcans,[3] and was under repair in maintenance section 18 at Starbase 11 when the U.S.S. Enterprise NCC-1701 arrived after being damaged in an ion storm in 2267. The Enterprise was given priority for repair over the Intrepid by Commodore Stone, commander of the facility.[4][2] The Intrepid was later destroyed with all hands by a massive Amoeba cosmozoan near the Gamma 7A system on Stardate 4307.[3]