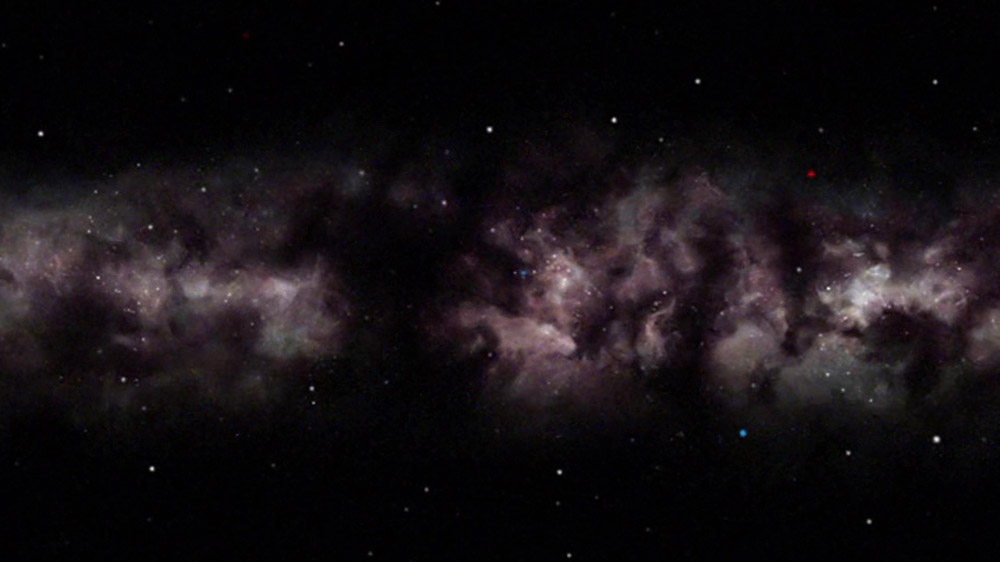 The Milky Way galaxy was a spiral system of several hundred billion stars, including Sol.[1] When Captain Christopher Pike encountered the Talosians in 2254, he claimed that Talos IV was "on the far side of this galaxy" from Earth,[2] though this was something of an exaggeration.[3] On Stardate 1312.4, the U.S.S. Enterprise NCC-1701 was assigned to a mission that would take it outside of the Milky Way galaxy. Upon arriving at the edge of the galaxy, the Enterprise crew discovered a recorder-marker buoy from the S.S. Valiant, lost two centuries earlier. Like the Valiant, the Enterprise encountered an energy barrier surrounding the galaxy; contact with the barrier left nine of the Enterprise crew dead, and two others gained nearly godlike mental powers before they also died.[4]