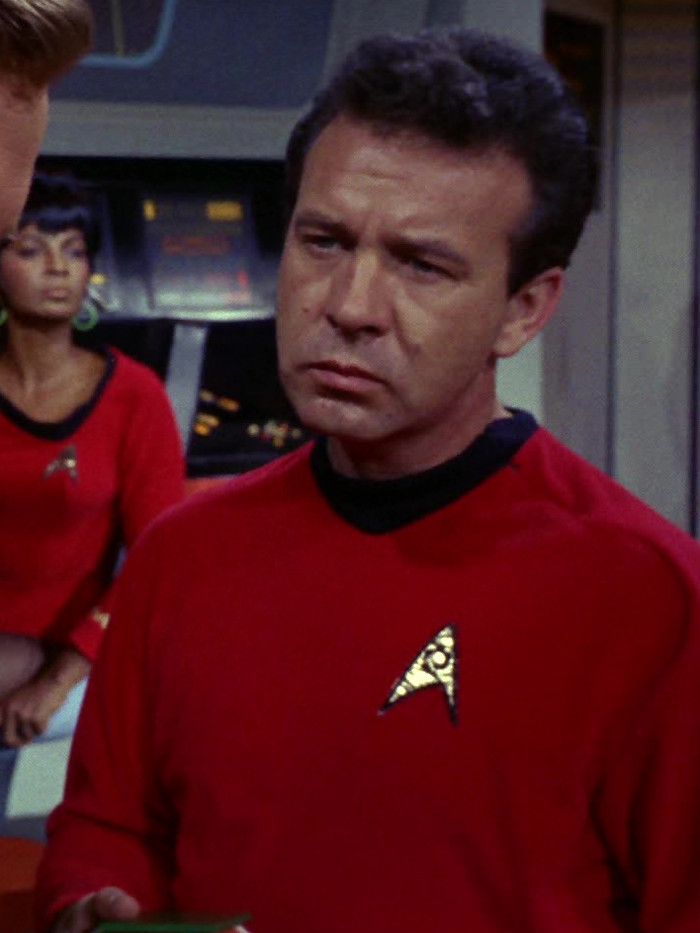 Abrams[2] was assigned to security aboard the U.S.S. Enterprise NCC-1701 in 2266. When the ship made first contact with the First Federation on Stardate 1512.2, the crewman was one of several who paused while walking through the corridor to listen to an announcement by Captain Kirk.[3] When Lieutenant Sulu was infected with polywater intoxication on Stardate 1704.2, he chased Abrams and a science department crewman through the corridors, armed with a foil.[4] Abrams was on duty on the bridge on Stardate 1709.2, when a Romulan Bird of Prey crossed the Neutral Zone and destroyed several Earth Outposts. Captain Kirk ordered him to eject the ship's recorder-marker buoy with all ship's logs when they were racing to escape a new plasma torpedo.[5] On Stardate 3012.4, Abrams was one of several crewmen who paused while walking in the corridor to listen to an announcement by Commander Spock.[6][7] When the ship accidentally traveled back in time to 1969 on Stardate 3113.2, Abrams was knocked unconscious by Captain John Christopher, who took his phaser in an attempt to escape.[8] Abrams was part of a landing party to Deneva on Stardate 3287.2, when that planet was overwhelmed by neural parasites.[9]