From Trekipedia
Jump to navigation Jump to search
Apollo program 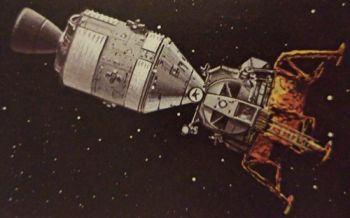 The Talosians viewed several images about Earth's Moon and programs to study and explore it while accessing the U.S.S. Enterprise NCC-1701's computer in 2254.[1][2] 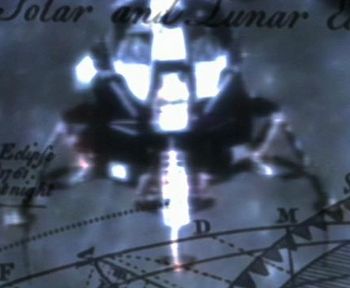 In an historic first, the 3-man crew of Apollo 8 journeyed around the moon in 1968, observing and photographing the natural satellite and viewing "Earthrise."[3] 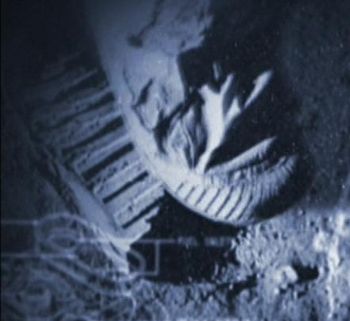 On 20 July 1969, the age-old dream of landing a man on the moon was accomplished by Apollo 11, whose Lunar Module landed in the Sea of Tranquility. Astronauts Neil Armstrong and "Buzz" Aldrin remained on the surface for 21 hours 36 minutes.[3][4][5]

Disaster was averted in 1970 as Apollo 13, which experienced a power failure en route to the moon, was skillfully swung around the satellite and brought safely back to Earth.[3]

In 1971, Apollo 14 landed at Fra Mauro on the moon, the destination originally chosen for the ill-fated Apollo 13.[3]

Apollo 17 marked the end of NASA's manned lunar missions, spending a record 75 hours on the moon and returning with 113.6kg of lunar material.[3] 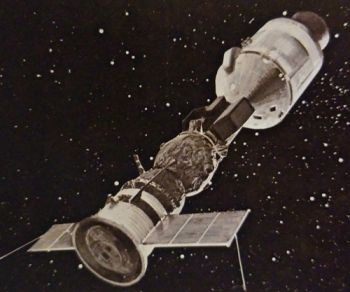 In 1975, Apollo 18 and Soyuz XIX linked up in space, culminating two years of cooperation between the United States and the Soviet Union.[3]