From Trekipedia
Jump to: navigation, search
The Omega GloryStar TrekSpectre of the Gun 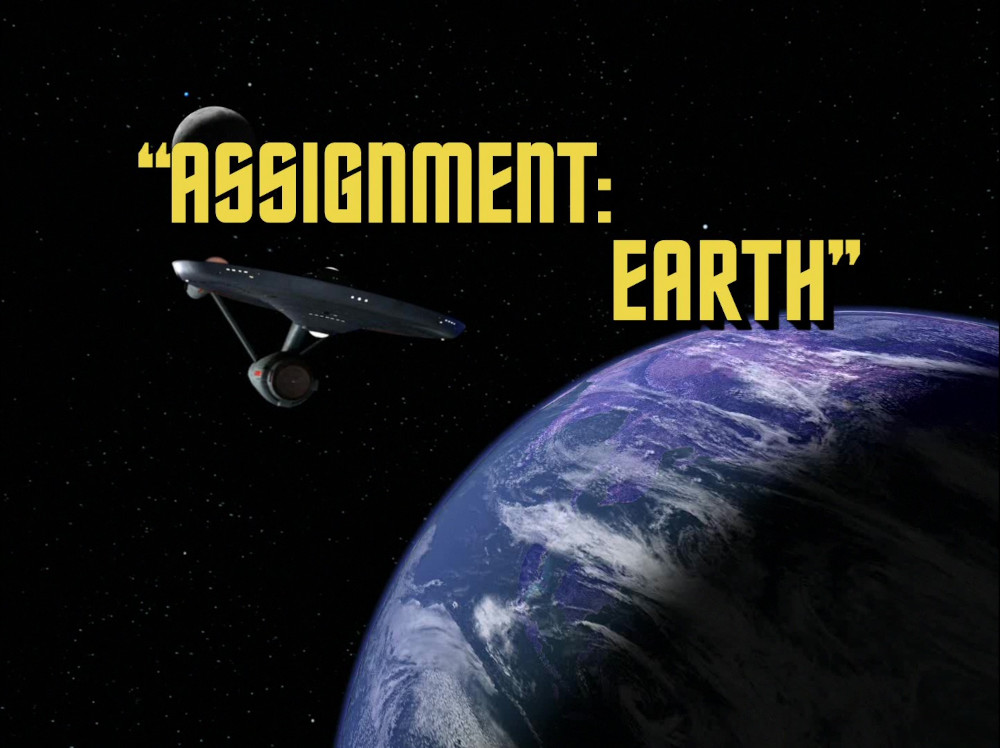 Stardate Unknown: The Enterprise goes back in time and discovers a mysterious stranger trying to interfere with 20th-century events.

The Enterprise travels back in time to Earth in 1968 to discover how Humans managed to avoid destroying themselves. The ship intercepts an incredibly powerful transporter beam containing a humanoid named Gary Seven, en route to Earth. After a fight in which he proves immune to a Vulcan nerve pinch, Seven escapes. Kirk and Spock follow him to learn the truth about him, and to make sure that he does nothing to jeopardize the planet. Seven has been dispatched to Earth to prevent the launch of an orbital nuclear weapons platform by the United States of America. With the unwitting aid of his young secretary, Roberta Lincoln, Seven eludes Kirk and transports to Cape Canaveral to sabotage the rocket's controls. Scotty attempts to beam Seven aboard before his mission is completed, but Lincoln accidentally activates controls that divert Seven to his New York City headquarters. Kirk and Spock arrive and take control of the situation. Seven has diverted the rocket off course, and it is now heading back to Earth, where it will explode on impact, likely triggering a war in the process. After Spock proves unable to work Seven's computer, Beta III, Kirk permits Seven to take the controls again. He detonates the rocket, saving history from being changed. As the Enterprise returns to its own time, Gary Seven and Roberta Lincoln prepare themselves for new missions.

The Omega GloryStar TrekSpectre of the Gun
Retrieved from "http://trekipedia.com/mw/index.php?title=Assignment:_Earth_(Episode)&oldid=36632"
Categories:
Edit ‌