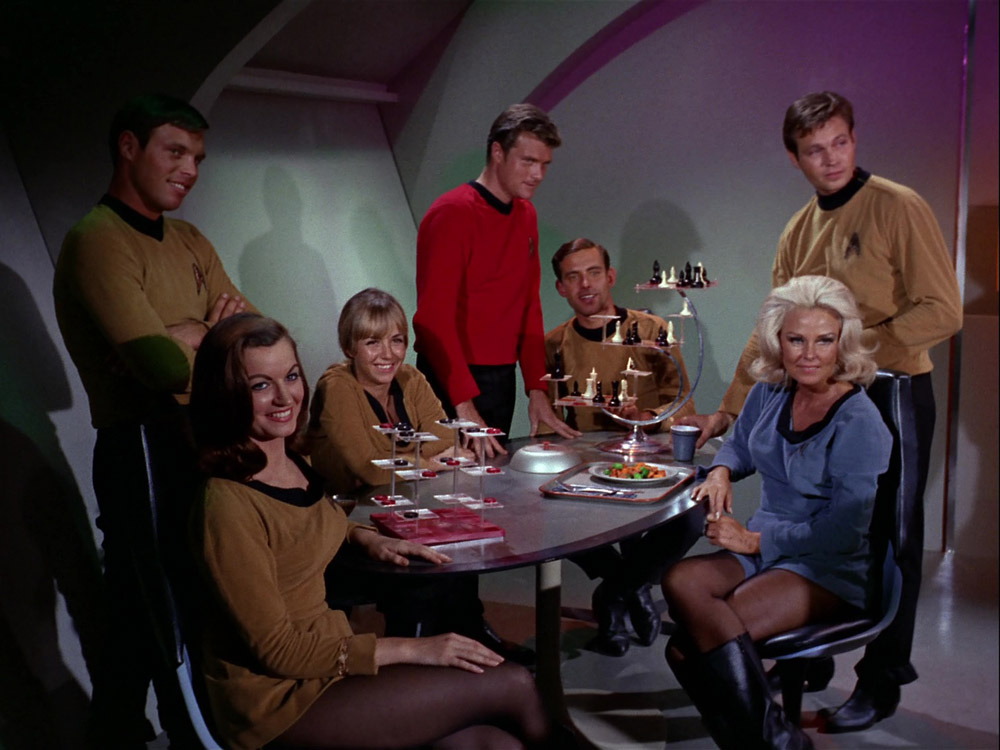 Introduced shortly after Stardate 1312.4 in 2266, this design of Starfleet Uniform continued the use of three primary division colors, with Command in yellow, Sciences in blue, and Operations in red. The standard uniform consisted of a long-sleeve, division-colored tunic with a black, raised collar, and black trousers that flared at the top of the black, leather boots. Officer rank insignia was denoted by stripes on the cuffs of the uniform tunic, and a gold Starfleet delta with a division insignia was worn on the left breast of the tunic; command division featured a five-pointed star, operations division a corkscrew device, sciences an oval nested within a circle, and medical personnel had the option to wear a delta with either the sciences insignia[1] or a red cross.[2]

Female crew had an optional miniskirt variant, and medical personnel had an optional variant uniform tunic, with short sleeves and a sleek material. As with the 2254 uniform design, enlisted crew often wore utilitarian coveralls, which were also in the division colors.[1] Ship Captains also had a uniform variant to set them apart from the rest of the crew, which consisted of a green wraparound tunic with rank insgnia on the collar and a Starfleet delta at the end of the belt.[3]