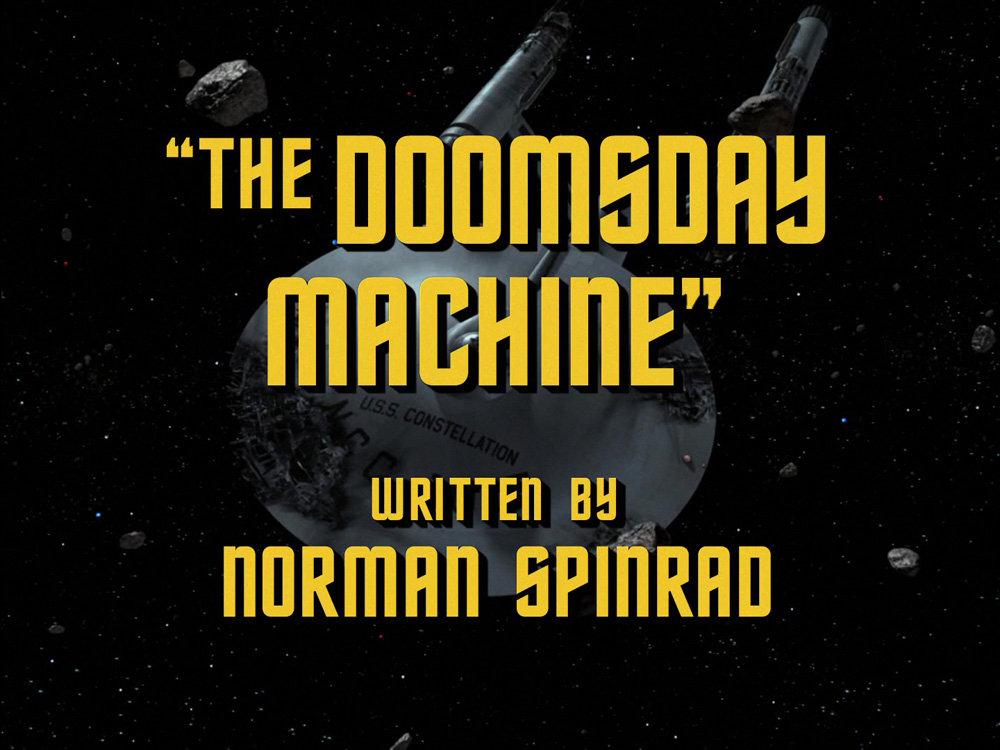 Stardate 4202.9: A machine that destroys planets threatens the Enterprise.

Investigating the destruction of several planetary systems, the Enterprise discovers the crippled starship U.S.S. Constellation. Commodore Matthew Decker, the Constellation's captain, is in a state of shock, the only person left aboard the vessel. With his ship severely damaged, Decker had transported his entire crew down to a planet since destroyed by a gigantic destructive "berserker," a planet-killing weapon constructed by a long-dead alien race. While Kirk and party stay aboard to repair the Constellation's engines and weapons systems, Decker is beamed back to the Enterprise with Dr. McCoy. The guilt-ridden Decker takes command of the Enterprise and attempts to use the starship to confront and destroy the planet killer. Kirk contacts the Enterprise and enables Spock to take command away from Decker. The commodore steals a shuttlecraft and launches himself into the planet killer. Decker dies, but his strategy inspires Kirk to rig a self-destruct switch on the Constellation and send the damaged ship into the huge alien device. A transporter malfunction almost prevents Kirk from escaping the Constellation in time, just before the ship's exploding engines destroy the doomsday machine's destructive power forever.