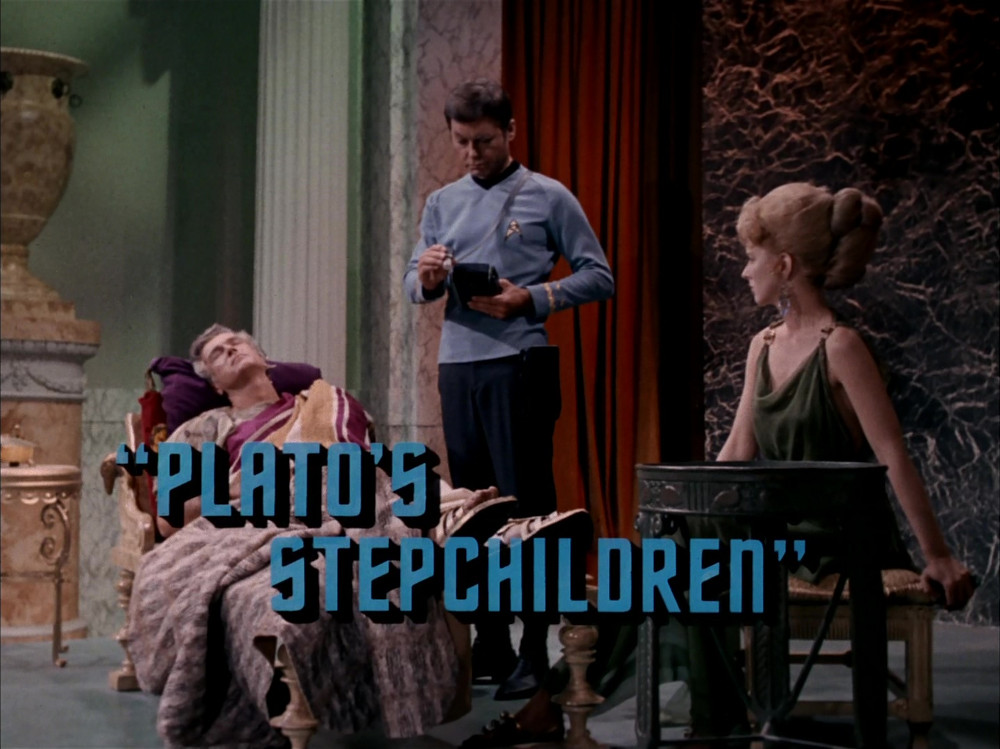 Stardate 5784.0: Platonians use psychokinetic power to toy with the crew.

Answering a distress call from the planet Platonius, Dr. McCoy beams down with Captain Kirk and Mr. Spock to aid the stricken Platonian leader, Parmen. Although Parmen and his people have no resistance to physical disease, they are powerful telekinetics. After McCoy cures their leader, the Platonians attempt to persuade him to stay — and when he refuses, they enslave the landing party. The Platonians' diminutive jester, Alexander, befriends Kirk and attempts to help, but is powerless to interfere because of his lack of telekinetic powers. Parmen forces Kirk, Spock, and McCoy to undergo humiliating experiences, some of which drive the Vulcan to his psychological breaking point. Uhura and Chapel are also beamed down and forced to enact bizarre charades with Kirk and Spock to amuse the Platonians.

McCoy determines that the chemical substance kironide is responsible for the Platonians' powers. He mixes a concentrated batch of the substance, but Alexander refuses the injection, not wishing to possess the same type of powers as the other Platonians. Kirk and Spock take the dosage and develop the power, canceling out the effectiveness of Parmen's deadly pranks. The landing party leaves Platonius, taking Alexander, who will depart at a nearby Federation outpost to begin a new life.