A Piece of the Action (Episode)

A Piece of the Action 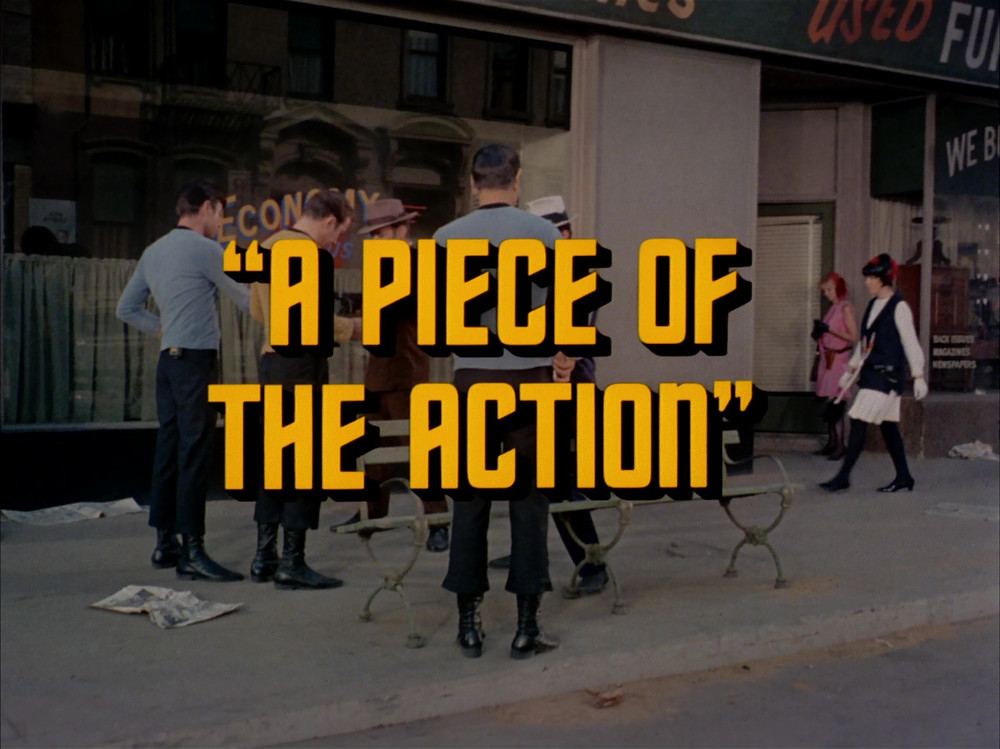 One hundred years before the start of the Enterprise's five-year mission, the U.S.S. Horizon visited the isolated planet Sigma Iotia. The Iotians, a highly imitative people, modeled their planet's culture after a book left behind on their world by one of the crew of the Horizon. The book, Chicago Mobs of the Twenties, inspired the Iotians to duplicate the gangs of old Chicago. At first the Enterprise landing party, consisting of Kirk, Spock, and McCoy, have difficulty. Bela Oxmyx, a key gang leader who first makes contact with the starship crew, wants to use the Enterprise's weapons to take over Iotia. Rival gangster Jojo Krako has the same idea. By playing according to Iotia's unique "rules," Kirk finally succeeds in uniting the planet's most influential gangsters, setting up a world government headed by Oxmyx. Kirk leaves behind the fiction that the Federation will expect an annual "piece of the action" from Iotia's new government. McCoy accidentally leaves behind his communicator, which Kirk worries may lead the Iotians to become a super-technical giant by the time of the Federation's next visit.