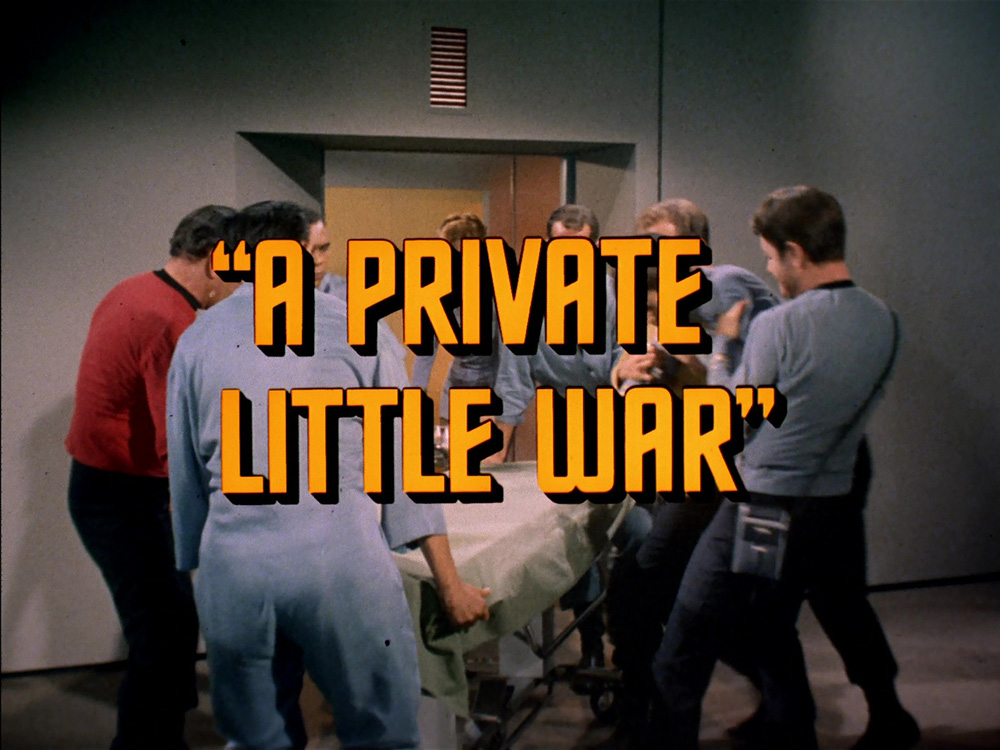 Stardate 4211.4: The Klingons provide arms to a peaceful planet and disrupt the balance of power.

The Enterprise journeys to a peaceful planet, which Kirk had visited 13 years earlier. The Klingons are attempting to take over the planet by arming one segment of the population, the Hill People, while remaining in the background. Spock, wounded in an ambush, returns to the Enterprise while Kirk and McCoy search for Tyree, the tribal leader Kirk had befriended on his prior visit. Kirk, bitten by a deadly Mugatu, is cured by Tyree's wife, Nona. While Kirk tries to persuade Tyree to fight with the weapons that the Federation will provide for his people, Nona indulges in intrigues of her own. She steals Kirk's phaser, but the Hill People kill her before she can demonstrate its power, and her death turns Tyree into a fighting man. Kirk and McCoy leave the planet, saddened that they could do nothing to end the hostilities, having instead compounded the conflict by providing a balance of power.