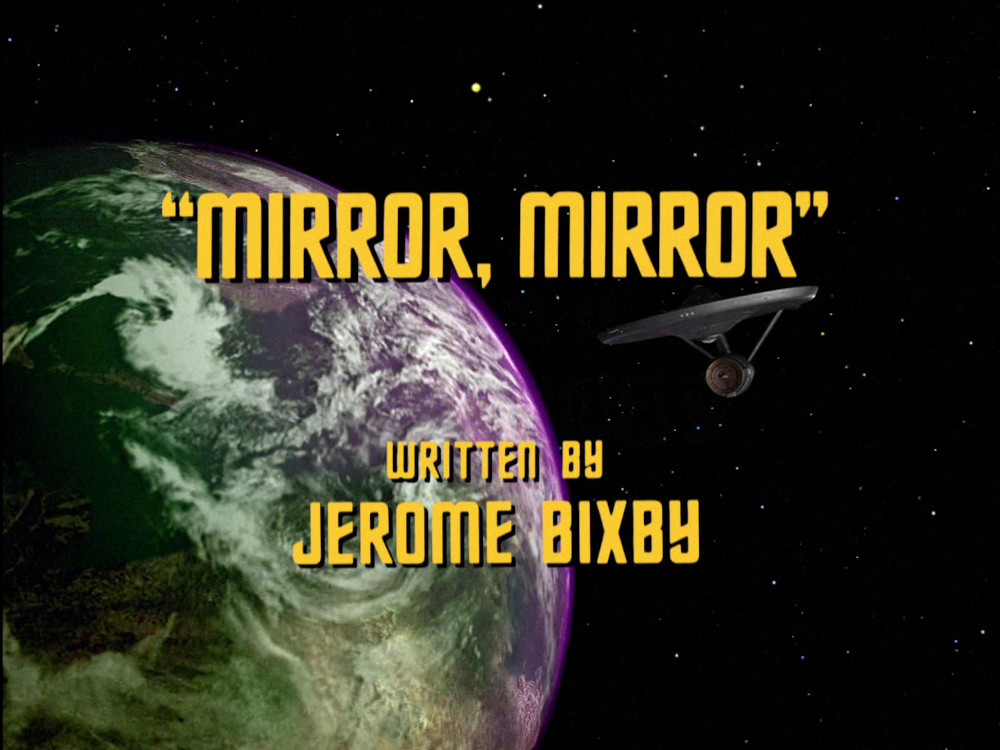 Kirk, McCoy, Scotty, and Uhura transport back to the Enterprise after initiating diplomatic relations with the peaceful Halkans. As a result of turbulent atmospheric conditions the transporter malfunctions, depositing them on an Enterprise in a parallel universe, where the Federation had developed along more barbaric principles as the Terran Empire. In return, the parallel universe's Kirk, McCoy, Scotty, and Uhura are deposited on the Federation's Enterprise, where they are detained by Mr. Spock soon after arriving. Transported into a hostile environment, the four struggle to remain alive until they return — if they can return. Kirk discovers his counterpart's secret weapon: the Tantalus Device, a stolen alien invention that instantly vaporizes Imperial Kirk's enemies. Foiling the Imperial Sulu's Gestapo-like security people, and an aborted assassination attempt by the Imperial Chekov, Kirk finds an ally in the Imperial Spock, who assists in their return trip. Meanwhile, the Federation Spock returns the Imperial crewmembers simultaneously, and everything returns to normal.