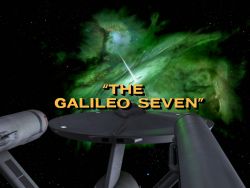 Seven Enterprise crew members go on a shuttle mission with Spock in command.

En route to planet Makus III, the Enterprise encounters a giant quasarlike formation, Murasaki 312. When Captain Kirk orders the Shuttlecraft Galileo to investigate the phenomenon, High Commissioner Ferris objects to the delay in the Enterprise's mission to deliver important medical supplies. When the Galileo crash-lands on the planet Taurus II with Spock, McCoy, Scotty and others aboard, Ferris demands the Enterprise abandon its search and continue its original mission. On the planet, Spock must keep everyone alive, a task complicated by Neanderthal-like natives, and find a way to return to the Enterprise. His greatest challenge, however, is to win the respect of the men under his command: although his decisions are logical, the Vulcan is looked upon as a cold-blooded leader. After Mr. Scott uses the crew's phasers as an emergency fuel supply, the shuttle is able to achieve liftoff. In orbit, the Vulcan makes a last-minute emotional decision to jettison the shuttlecraft's remaining fuel, resulting in a flare that alerts the Enterprise to their position—and save's the Galileo's remaining crew. 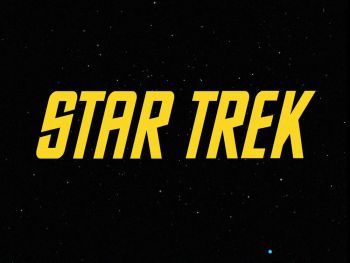